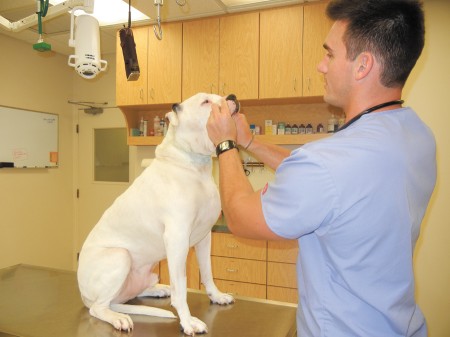 While humans may have made significant gains in bridging the man-pet communication barrier, we’re not there yet, especially when it comes to medicine.

It would be helpful if we could somehow explain to our pets that the medicinal pills we’re trying to give them will help them. But until a universal translator for animal language is complete, vets say there are a few tricks that will help the medicine go down smoothly in the meantime.

Unfortunately for cat owners, getting cats to take medicine means a little more finesse. Cats often are wise to whatever their owners are plotting, local veterinarians say. One option of last resort is a pill popper, a device that looks like a syringe with a plunger on the end. But good luck with that.

“Sometimes the cats will see you coming with that and take off in the other direction,” said Dr. Zak Vrono with Vernon Woods Animal Hospital in Sandy Springs.

Dogs, on the other hand, tend to be a little more accepting of the various methods of tricking them into taking medications. A pill disguised in a treat called a “pill pocket” usually does the trick.

“Dogs are more hunger-driven, and we usually don’t have a lot of problems with dogs,” said Dr. Eric Mueller at Dunwoody Animal Hospital. “Cats tend to not like their face and mouth touched, it can be a lot harder, especially with clients who did not have to medicate cats before.”

Dr. Edward Wier at Lawrence Animal Hospital in Brookhaven said there’s also a biological reason dogs are more receptive to taking medicine. “Cats, unlike dogs, don’t have control of their esophagus,” Wier said, meaning that the person administering the pill has to trigger the cat’s involuntary swallowing reflex.

In some cases dogs can be finicky too, the veterinarians say.

Mueller said he usually avoids wrapping up the pills in tempting snacks. Sometimes the disguises – like peanut butter or cheese – carry additional fat that isn’t good for the animal.

Mueller said he usually gives his dog, Bubba, his pill by hand.

“My own dog has a food allergy, so I can’t pill him with any type of food or treat. I pill him directly, sticking it on the base of his tongue,” Mueller said.

In some cases the pill can be sprinkled over food or given in a liquid form that will be easier for the pets to digest. Veterinarians said customers with problematic pets should ask vets if there’s an easier remedy.

For cats that have to take pills, the options are somewhat limited. There’s the pill popper, of course. Wier said one method he’s heard of is putting the pill in a bit of butter, freezing it and then giving it to the cat afterward.

Wier prefers a more direct approach. The trick, Wier says, is to make sure the cat is looking straight up at the ceiling when administering medication.

Wier said owners of house cats can generally put their hands behind the back of their cat’s head and rotate their head so it is pointed straight at the ceiling. Wier said it’s easier to get a pill inside a cat’s mouth in this position.

“If you look at the back of the cat’s mouth, the tongue forms a triangle,” Wier said. “If you hit the triangle there’s an involuntary reflex” and the cat swallows the pill.

“Hide it in a treat the best you can and get them real excited, have them work for it like they would for any other treat. That way they don’t have the time to sit there and tell it’s any different,” Vrono said.

Can we transmit the flu to our dog, cat or ferret? 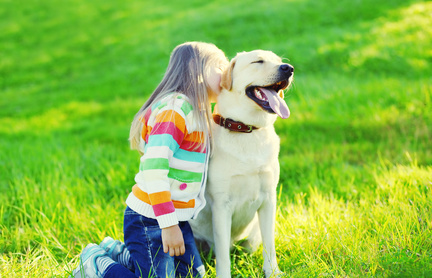 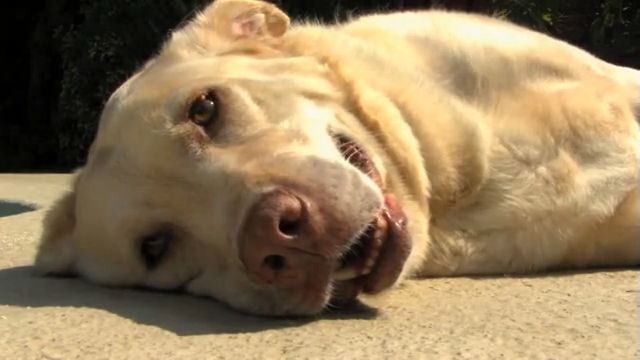