Sneezes and coughs in cats can be caused by a simple irritation or a more serious affection. Do not hesitate to consult a veterinarian.

The symptoms associated with coughing and/or the sneezes in cats, just like the duration of the phenomenon, will help you to understand what she is suffering from.

Understanding the cough of the cat

Admittedly more rarely than the dog (or a human), a cat sneezes and coughs to evacuate undesirable mucosities and other elements. Several reasons can explain coughing and sneezing in cats, starting with a congenital malformation like a hole in the palate (or palatine slit), rather rare affection.

An obstruction of the respiratory tracts

The presence of a foreign body, a simple twig for example, in a nostril causes sneezes in cats in order to expel it. The animal can also suffer from nasal polyps which are small inflammatory tissues blocking the nasal cavity. The same applies with the trachea: an unspecified obstruction will start a cough. Attention, if this one is dry and is accompanied by difficulties to swallowing, something – a fish bone for example – is perhaps stuck in her throat; this is a veterinarian emergency.

Just like human, a cat can perfectly catch a cold. The infection is translated in various ways. A cat which sneezes with nasal discharge has great possibilities of suffering from a rhinitis. If he coughs in fits, it can be pharyngitis or laryngitis; in the second case, she also will emit muted meowing caused by the inflammation of the vocal cords. Lastly, it should be known that even if that is rare, a cat can be allergic, to pollen or dust for example.

Most cats are born with viruses – feline herpesvirus (FHV) and feline calicivirus (FCV) – which, while being reactivated, initiates a disease called coryza. This one is more common in the cats living in community (particularly contagious) and in kittens, more prone to respiratory infections. It should be noted that a stressing event can by its own reactivate these viruses.

Coughing and sneezing in cats are also sometimes the sign of chronic pathologies, in particular in the oldest animals. A cat can perfectly suffer from asthma, chronic bronchitis, respiratory or cardiac insufficiency. For the first two cases, the cat will try to catch her breath by lying on her belly and stretching her head, which will cause coughing fits.

What to do if my cat coughs or sneezes?

If your cat starts to sneeze and/or cough, it is important to know if that is caused by an unspecified irritation or a more serious pathology. From a twig wedged in her nose to a pulmonary edema, there is a world of difference! Generally, you should be consulting a veterinarian if the symptoms do not pass after three days. But other associated signals, like nose bleeding or loss of appetite, must urge you to bring your pet to the veterinarian immediately.

Keep an eye on the other symptoms

In case of sneezing or coughing in cats, the other symptoms will be able to guide you. Coryza also causes lacrimation and nasal discharge. Respiratory whistling, fatigue and breathlessness associated with sneezes in old cat can signalize a nasal tumor. In the same way, the type of cough – dry or wet – is an indicator. A wet cough indicates that the bronchi are affected. Lastly, it is not because we talk about rhinitis and pharyngitis that your cat can be treated with self medication for human: the great majority of our treatments are toxic for her. Do not try either to introduce something into her nostrils, because that could damage her nasal membrane, which is very fragile.

Be aware of your cat’s hairballs

A cat which cleans herself several times per day inevitably swallows hairs because of its rough tongue. In significant amount, these hairs will form balls in the digestive system of the cat, called trichobezoars. They are likely to cause various pathologies, causing up to a bowel obstruction. Particularly common in moulting periods or with cats with long hair, the ingestion of hairs will also irritate the throat of the animal and will initiate a dry cough. A regular brushing and an adapted food (there are even special croquettes) are the best means of preventing this problem.

In old cats, it is possible that the sneezes are caused by a dental infection, where the root is located near to the nasal cavities. It will be perhaps necessary to treat this infection by antibiotherapy or to pull the responsible tooth out. 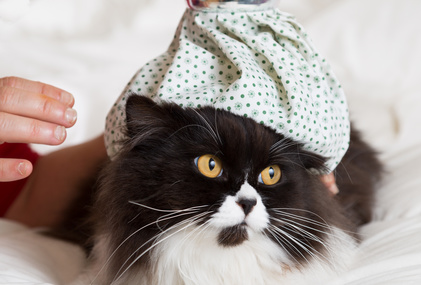 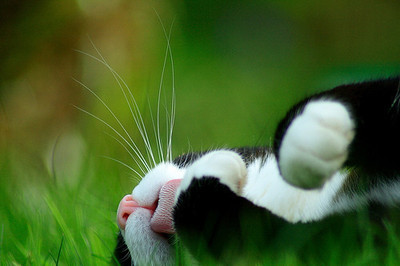 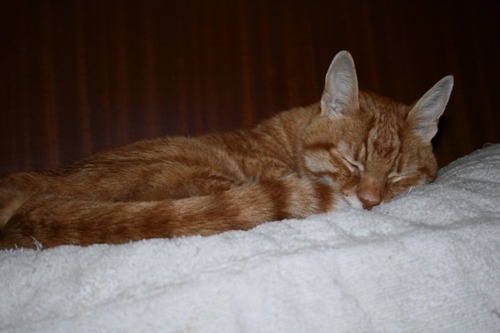