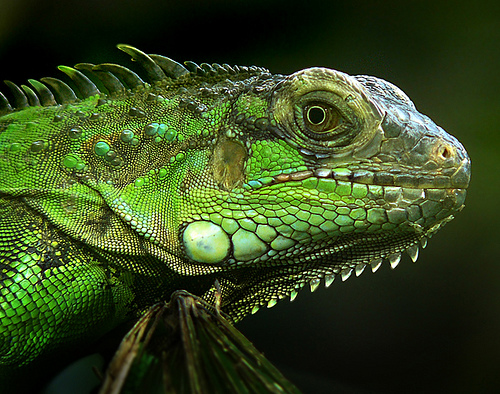 How you ever wondered what make up the body of an iguana? Now if you are interested in taking care of one iguana, you better take heed and take into account these vital facts about iguanas.

The term iguana is usually used to refer to all types of the members of the lizard family branded as the Iguanidae. As a general knowledge, the iguanas possess powerful but short limbs added up with their sharp claws. These claws are utilized for digging and climbing.

Yes, they do love to climb that is why a set of branches for climbing must be set up in their tanks. The strong tails are used for their defense mechanism. They whip it in the air especially when a predator corners them. Their tails are likewise used for swimming.

The dewlap is a huge flap of skin that is contained on the sides of the body particularly in the areas of the throat of a male iguana is used to either intimidate a predator around or to impress another female iguana. The dewlap also functions in the regulation of their body temperature.

Physically, both the male and the female iguanas contain twelve up to thirteen pores underneath the sides of their thighs. The pores are the ones which secrete the waxy substance which they use in marking their territories and identifying each of them. When the male iguanas mature, their own femoral pores come to develop some outward projections which they tend to use in the copulation strategy to take a grasp of the female iguana.

The skin of the iguana is filled with very minute scales. They are unable to change their skin colors just like the deed of the chameleons but when they get exposed to light, some parts of their skin become darker in color. The young iguanas appear to be colored in pale green alongside with black ringed tails. As they grow mature, their colors turn out to be more earthly which are usually darker especially in their bodies and tails. Back in their natural habitats, the iguanas appear to be wary since they always feel that danger is beside them. They could always be spotted running and hiding.

They make full use of their accurate vision, keen sense of hearing and smell so that they could better ensure their own survival. They may appear to be clumsy at times but then the iguanas are great swimmers and tree climbers. They usually bask in the morning atop the trees and they can jump into the water anytime they sense danger.

Mating for the iguanas occur in the months of January to February. The female iguana tend to get pregnant for two months and then by the time laying the eggs come, the female iguana digs in the soil or sand to deposit the eggs which range from 25 to 40 eggs. After two weeks, the hatch lings are ready to come out into the world.

The iguanas could be great pets provided that you know how to take care of them. They are inherently high maintenance. But then everything will pay off if you just learn how to care for your pet properly. 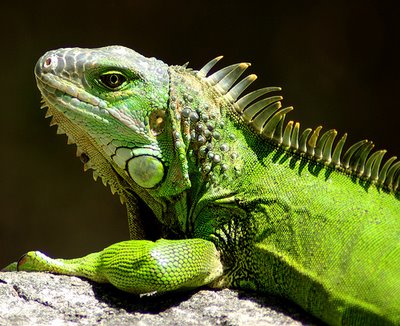