Last week, Jim Argo and his 11-year-old Samoyed, Inge, were in their car, waiting in a line of cars to board a ferry to cross a very cold Lake Ontario.

Inge had to pee. Jim let her out. He doesn’t leash his dog when she’s in the car, and he figured it would be okay. Inge is blind, by the way.

“I stepped out to give her a chance to go pee,” he told TheWhig.com. “She went behind the fence, and she had finished her pee, and then all of a sudden she just took a step forward and she was in the water.”

In the water? Yes, Inge — blind Inge — fell headlong off the dock and right into the frigid Lake Ontario.

Jim rushed to the edge of the dock and saw Inge paddling around. He called to her, but she wouldn’t come his his voice. Instead, confused, she started swimming away.

“I was ready to go in the water after her,” Jim said. “She was obviously panicked.”

Bystanders found a rescue pole, but they were unable to hook the dog, as Jim scrambled around the dock trying to rescue Inge.

Fortunately, Kingston Fire & Rescue quickly arrived, having receiving a false report that a human had fallen into the lake. The crew’s first job was physically restraining Jim from jumping in the lake — he was ready to go, so concerned he was for his blind dog.

Then firefighter Claude Duval, wearing a specialized ice water rescue suit, jumped in, swam to Inge, and held her while his team developed a plan for getting the dog out of the water.

After trying and failing with a ladder, they lowered a stretcher by a rope. During the first attempt, Inge fell out, back into the chilly water. But the crew succeeded on the second attempt.

Jim rubbed down his beloved dog with a blanket and said he was headed to the vet. It was a “very scary morning,” he said. “I don’t need scary mornings like that.” 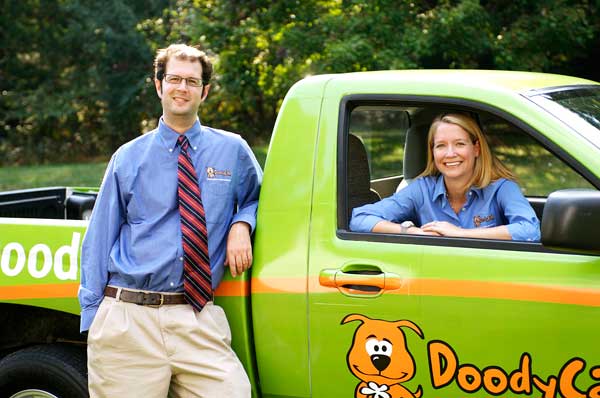